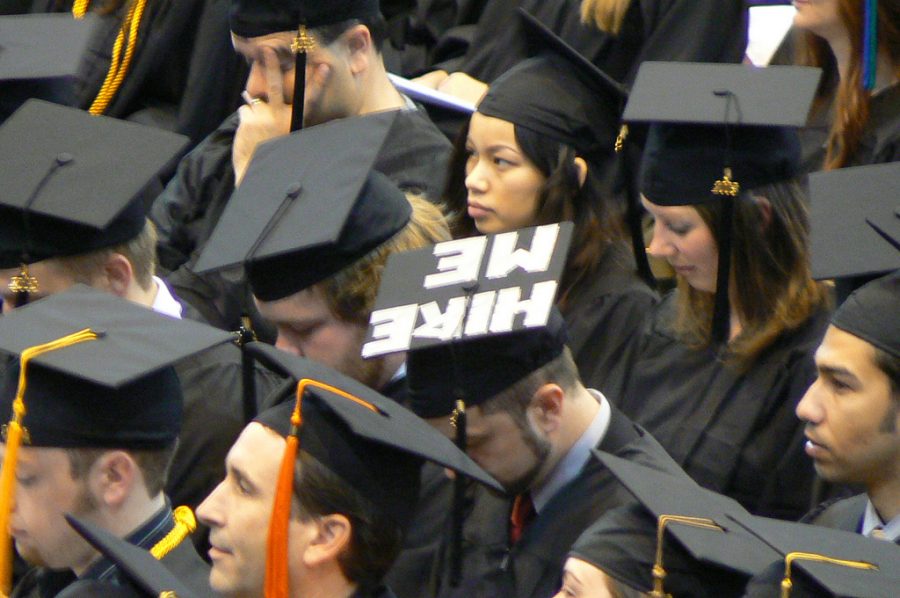 Is College a Necessity?

About the Writer Jeremy Robinson and William Whelchel

This is partially due to our variations in our education. For example, a recent study by The New York Times states that 65.9 percent of Americans go to college. This number is relatively small compared to the 323.1 million people who live in our country, as per the United States Census Bureau. How many people want to go to college but can’t? How many people just think it’s not for them?  What if we were required to go to college? How would that affect our community?

College is not Always Necessary

Insisting that one goes to college can often be a detriment in various ways.

How far is too far?

College usually requires the student to leave home, even many small town schools require you to stay in the dorms for the first year, meaning that those who have a responsibility to take care of their family, whether for medical reasons or other, will have to leave their family behind in order to attend college. According to a survey performed by Sallie Mae in 2015, only 48% of participants reported living at home while attending college, a sharp decline from the 57% reported in 2013. The pressure to go to college may discourage those with complicated family situations from pursuing success without post-secondary education.

A common argument from those in favor of college is an appeal to the value of college as an experience. While it is true that college can have many benefits, these upsides can only be reaped by those with the tools necessary to succeed. Someone who goes to college simply for the college experience is setting themselves up for failure. Attending college without a clear goal can cause you to lack the credits needed to graduate after spending 4 to 5 years accruing debt. Data collected by nonprofit organization Complete College America suggests that a measly 19% of college students graduate with a 4 year degree after 4 years. Attempting to “wing it” through college greatly increases your chances of changing your major, leading to troubles with credits, which could lead to massive debt.

Money is one of the foremost barriers to entry for college, for obvious reasons. According to collegedata.com, the average price of one year of a public college’s in-state tuition is almost $25,300, with private colleges almost double that number. For some, this price is well worth it, and will be repaid easily with the money their degree earns them. Not everybody has this security however, meaning many will be left with massive debt, and little to show for it. While scholarships can certainly help with the cost, not everyone has access to large scholarships.

Too great a debt

Even if they could afford it, many career paths do not require a college education. In such cases, student loan debts can only be repaid through hard work, rather than reaping the rewards of the degree that caused the debt originally. Going in to college without a career path that requires a specific degree can end up worthless in the long run. It can be helpful to have a college degree as a backup plan, so you can get back on your feet a lot quicker if your original plan falls through, but does that justify the huge time, money, and effort investment, in something you may not even need? Instead of going to college as a fail-safe, it would be a much better use of your time to start saving money and making investments, which acts as an even better safeguard, in addition to being beneficial even without failure.

For those who have the means to attend college with little money trouble, college can still be a huge waste of time and effort. The time spent attending college could instead be spent gaining work experience and networking. Many may argue that if money isn’t an issue, there’s no reason not to go, but that is simply not the case.

Everyone should at least attempt college.  If freshman year were free, how many more people would go to college?  How many if one year were required, like in high schools?

How far is too far?

Many people have qualms with college because depending on the university it could be too far from home.  This separation from family can be the proverbial kick from the nest some people need and in the future will be grateful for, whilst also providing the parents/guardians the freedom to travel and enjoy life with their significant other. Parents and guardians could be freed from the unfortunate hassles that often accompany parenthood, including privacy issues and increased monthly expenditures.  FOr students, this “kick from the nest” could help generate new experiences and allow for meeting new people.  According to a poll by USA-Today, 28% of married graduates attended the same college as their spouse.  How many people who didn’t go to or finish college missed meeting their soulmate?

While it is true that the parents and older guardians of some students-to-be can have a wide array of health issues, there are many options for healthcare including live-in nurses if need-be.  It is a fact of life that people can get sick, and while that is regrettable, it is life. There are many healthcare options and there are nurses and doctors whose entire job is based off of people with health problems as such.  There are also online courses to completely cut out the distance and separation issues.  These are convenient and are easier in some ways than living in a dorm dealing with the “student lifestyle” of cafeterias, hallways and lectures. 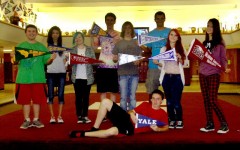 Which College is Right For You?

Many people have problems with costs, believing it is too expensive or that student debt is not worth it. However there are many financial aid options.  Even so, what if our freshman year were free?  And a requirement?  Many students would complain that they “don’t need it,” but how many students say that about high school?  Thousands more students would attend colleges and receive some type of degree.  A poll by Edward Jones in 2015 states that 83% of Americans can’t afford college.  The average college tuition is over $25,000 U.S. dollars!  It doesn’t take a mathematician to figure out that that is expensive.  The average American cannot afford such prices.  Most of America’s upper class can’t even afford such prices. This is exactly the reason why some countries like Denmark provide a 100% free college tuition.

If we made freshman year a requirement with the possibility for scholarships, our youth and even those older generations going back to college would have a much better chance.  Those who drop out of college after their freshman year because it isn’t for them or because it is too difficult would then have the opportunity to save money and make the decision for themselves before making the investment or the four year commitment.