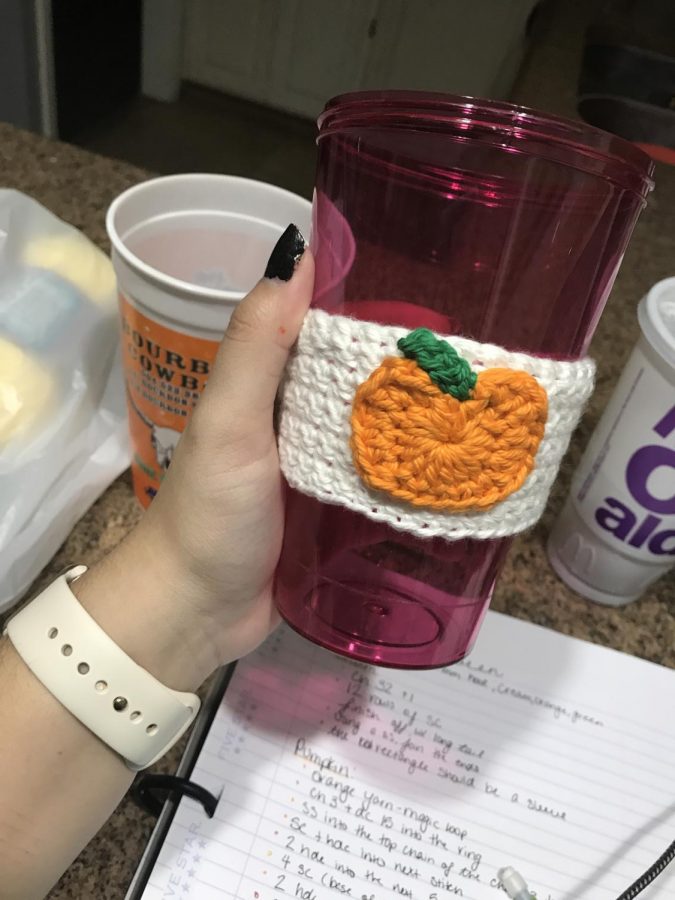 It’s finally autumn. Bring on the pumpkin everything. This time of year usually brings out my inner crafter, so I hit up Pinterest and found this cute pumpkin coffee cup sleeve by claireabellemakes.

Her pattern is written in UK terms and not U.S., so I did have to adjust the pattern slightly to account for the differences. I photographed my progress step-by-step for you. Let’s see if this a Pinterest success or an epic Pinterest fail. 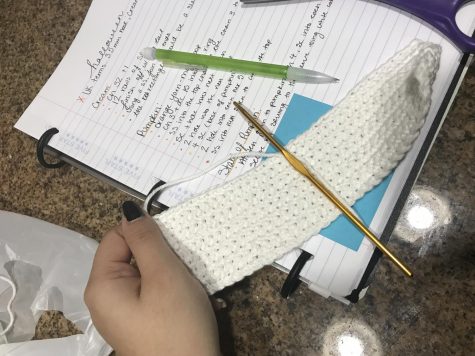 The Sleeve in the making!

First, following the pattern, I chained 32 in my white yarn. Then I worked in rows continuously until Row 12 and fastened off and sewed the rectangle into a sleeve.

Secondly, I picked up my orange yarn and formed a magic circle, chained three and did 15 half-double crochet (hdc)  into the circle and pulled it tight. I did a single crochet (sc) and an hdc in the same stitch to form the distinct pumpkin shape. Then for the next five stitches I did one hdc. I went back down to a sc for five stitches to get the flat bottom of the pumpkin, and then I repeated along the other side to make both sides even. I fastened off the orange yarn and joined the green yarn for the stem of the pumpkin. 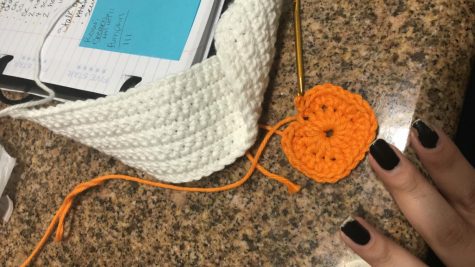 I chained four, skipped the first stitch and sc into the other three stitches, then fastened off. I pulled the pumpkin to make sure it looked the way I wanted it to. Next, I grabbed some orange yarn and my yarn needle and began to sew the pumpkin to the white band. Once I was done, I put it on my favorite cup.

Some things I wish I had done differently: My foundation chain of 32 was way too tight and made it awkward to sew the sides together. 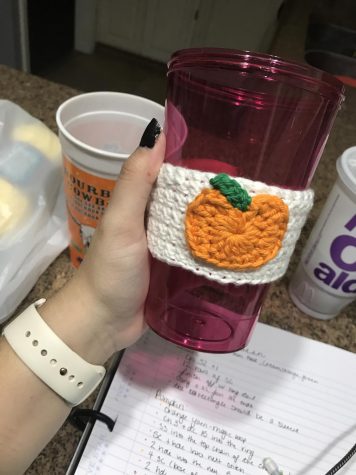 Admittedly, I had to leave it on the cup for the sleeve to loosen and be comfortable on the cup. I also wish I would have done a creme instead of a white for the sleeve part of the pattern.I made another and added more chains to the foundation and it fits my Yeti Cup too.  Overall, I had fun with this quick project and I love the pattern!