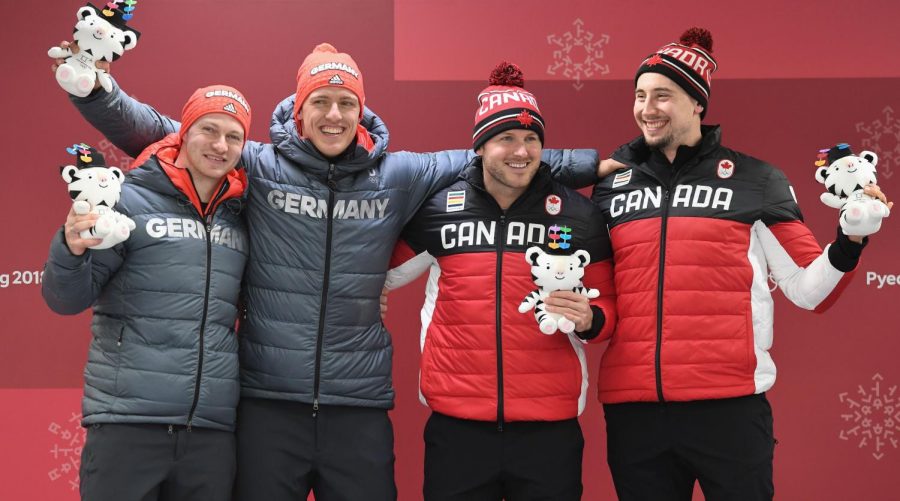 German and Canadian historically reach a tie in Bobsledding and are awarded First Place.

Watch how the PyeongChang Olympics makes another historic tie.

At at the 2018 Winter Olympics, viewers saw an incredibly rare tie at the two-man bobsled final.  Both the German and Canadaian teams ended with the exact time of 3:16:86.With this result, both teams ended up winning gold medals and were both placed on the first place pedestal.

As reported by CBC Radio, the last time a tie like this took place where both teams received a gold medal was twenty years ago at the 1998 Olympics when Canada tied Italy.

Coincidentally enough, Mark Connolly, the man that announced the tie at the 1998 Olympics, was also the same man that announced this recent tie between Canada and Germany. This did not go unnoticed by Connolly or the German and Canadian teams. The similarity captivated viewers, announcers and competitors alike. Sometimes history truly does repeat itself.

Justin Kripps led the Canadian team along with Alexander Kopacz while Francesco Friedrich led the German team with Thorsten Margis. At the beginning of the race, the Canadians were leading with just barely a hundredth of a second, and when dealing with a sport like this where the bobsleds are known to reach speeds of up to 93 mph, every curve, lean and millisecond counts.  They soon enough evened out by a tiny setback seen by the Canadian team that led people to the edge of their seats eager to see who would win.

During the medal ceremony, there appeared to be no contempt or malice of the shared gold medals. Both teams seemed very excited for each other.