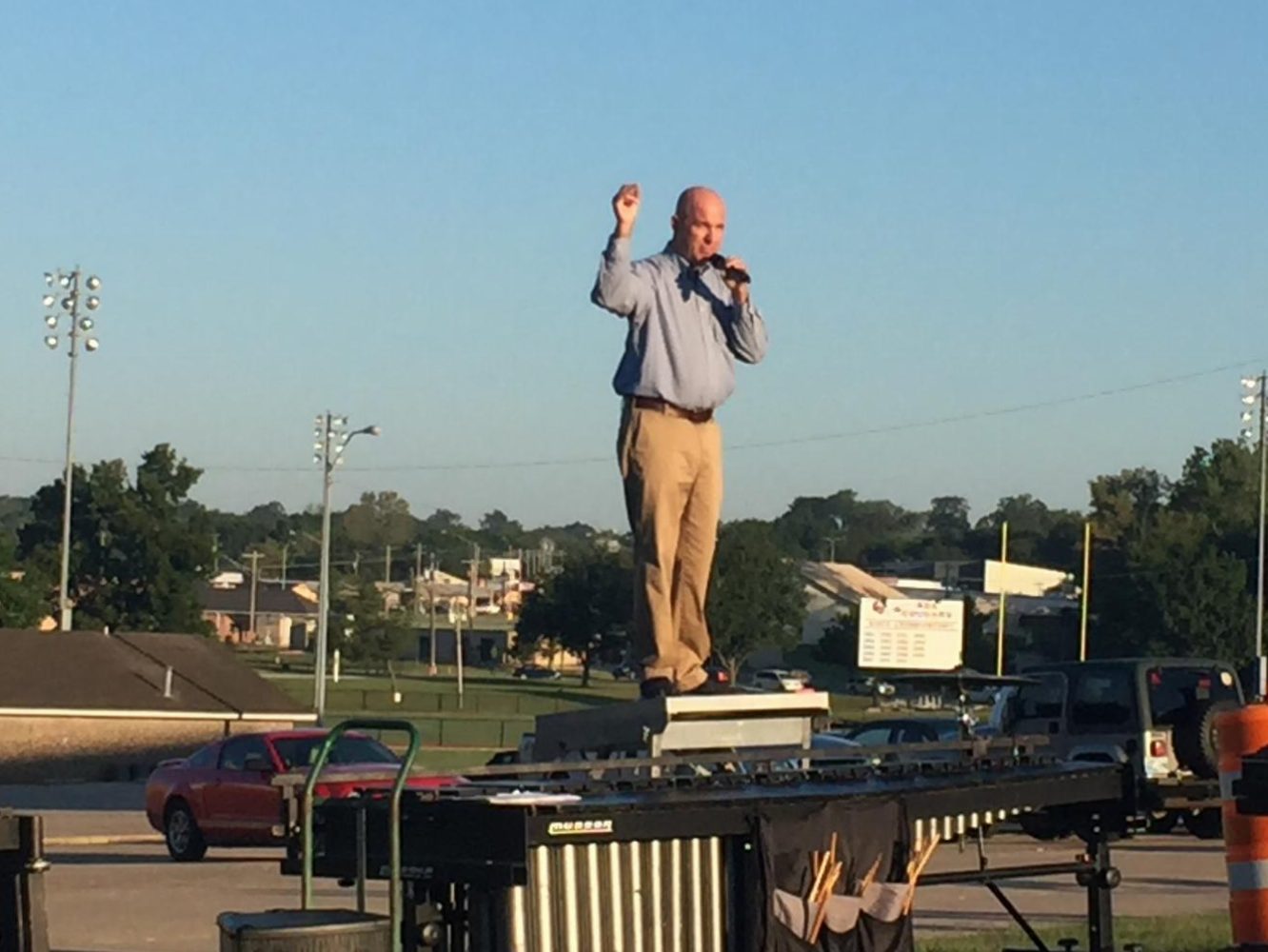 Last year, Ada High band director, Eric Hall, returned to his Hometown of Saunemin, Illinois with his family. With Hall’s departure, Ada needed a new director. After weeks of interviewing, Richard Howard was chosen to fill the position.

To be a band director, one has to teach instrumental music classes anywhere from beginning band to the end of High School. They work indefatigably teaching students how to play instruments, as well as how to read and or compose  music. When the students reach High School, they teach them how to memorize music and play while marching in order to put on a good show.

However, this isn’t Howard’s first year teaching. After Graduating from OU with a Masters from ECU, Howard taught at Ardmore for six years. He then taught at Byng for three years as an assistant director before moving to Ada. Howard has taught here as an assistant director for ten years, and now going on his twelfth year of teaching all together as “Head Band Director.”

Howard says, “Ada has a great band program, and I’m thrilled to be a part of it!”

Since Howard was appointed head band director, Ada was in a need of an assistant director. Olivia Namdar was hired for the position. Graduating from The University of Oklahoma, she played Tenor Saxophone and Sousaphone in The Pride of Oklahoma Marching Band. This is Mrs. Namdar’s first year teaching at Ada High, assisting Howard and Jay Cloar with Ada High Band’s new show, “West Side Story.”

Mrs. Namdar discussed her choice to come to Ada when contemplating where to teach “Ada has a really nice home town feel.”