Looking Back On History – William Wordsworth 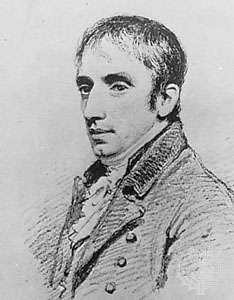 About the Writer Maddie Manning, Editor

I know, I know. William Wordsworth? A poet? No, thank you.

Poets have always been looked at as the boring part of history, but think about it: If it weren’t for literature and language where would we be? Not just as Americans, but as the human race we strive to understand and to gain knowledge and if it weren’t for language how far would education have come?

Trust me when I say that poetry is one of the most beautiful things I have ever laid my eyes on.

According to poets.org, William Wordsworth was born in Cumbria, England on April 7, 1770. Wordsworth had four siblings, three brothers and one sister. During his childhood Wordsworth went to Hawkshead Grammar School and here, “it is believed, he made his first attempt at verse.” His mother died when he was eight and later his father died while he was at school. Later in his life Wordsworth studied at St. John College in Cambridge.

“Before his final semester, he set out on a walking tour of Europe, an experience that influenced both his poetry and his political sensibilities.” Wordsworth lived in France for some years during the French Revolution and it is there that he had his first child Catherine, but he left the country before she was born.

His “earliest poetry was  published in 1793 in the collections An Evening walk and Descriptive Sketches.” He then published Lyrical Ballads with his dear friend Samuel Taylor Coleridge  in 1798. Wordsworth married Mary Hutchinson in 1802. Also in 1802, Wordsworth and Hutchinson traveled back to France to meet his daughter that he so lovingly ditched.

William and Mary lived in Grasmere, England. In 1812, however, his daughter Catherine and his son John died. Wordsworth was so heavily devastated as any parent would be if their child/children had passed away. But that was not the end of this tragedy, for he had another child pass away. “Devastated by the death of his daughter Dora in 1847, Wordsworth seemingly lost his will to compose.”

William Wordsworth died in Rydalmouth, UK on April 23, 1850. His wife Mary published “The Prelude” (a poem that he had written) after his death. As said by William Stebbing on behalf of William Wordsworth in Five Centuries of Verse,”He accomplished a grand work in virtue of splendid poetic gifts, extraordinary philosophic insight, and obstinate, indomitable courage.”

Poetry is the spontaneous overflow of powerful feelings: it takes its origin from emotion recollected in tranquility.  -William Wordsworth