A Look Into Christmas History 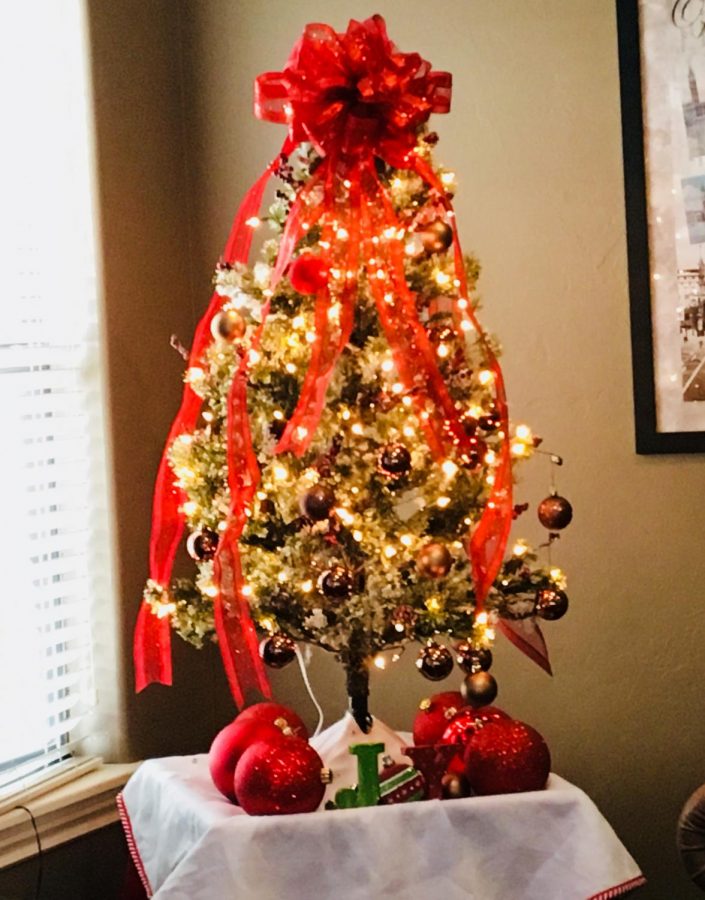 A Christmas tree decorated for the holidays

Christmas time is finally here, so it’s time to deck the halls with lights, ribbons, glitter, and yes, your amazing holiday baking skills. As we anxiously wait for Santa’s arrival, let’s learn a little Christmas history.

Christmas is a holiday that was created and still celebrated for the birth of Christ, however it wasn’t a total celebration at first. Jesus’ birth was not as important to people as His ressurrection was in Christianity’s early days; the Church then didn’t believe in the celebrations of birthdays. History.com states that Easter was the main holiday time, just because the birth of Christ wasn’t wholly recognized then.

Christmas was first celebrated on December 25, in the year of 336, and just a few years after, Pope Julius declared Christmas a holiday, but with a different name. Christmas’ first title was originally the Feast of the Nativity. Afterwards, Christmas slowly started to spread across the world. The holiday reached Egypt by 432, to England by the late years of the sixth century, and to Scandinavia by the end of the eighth century.

Christmas now is way different from Christmas then. For example, Christmas in the Middle Ages was celebrated with carnivals and parties, kind of like Mardi Gras in modern day Louisiana.

As far as decorations go, the Christmas tree, I would say, is the most iconic. The first tree decorated for the Christmas holiday was found in Strasbourg, Alsace during the early seventeenth century, but during that time however, the holiday was not celebrated by early Puritan settlers in America. In fact, from 1659 to 1681 Christmas was outlawed in Boston.

Theholidayspot.com states that Alabama was the first state to legally recognize Christmas in 1836, the U.S. finally made Christmas a federal holiday on June 26, 1870, then all states recognized Christmas by 1893.

The ways of celebration have changed throughout the many years of Christmas history, and the way we celebrate today seems way off course from the past. Way back when, according to thehistoryofchristmas.com, in Scandinavia the sun would “disappear” for a few days, and once the sun returned, Yuletide would begin. Yuletide was a feast that included burning logs, and each spark would represent a calf of pig that would be born the following year.

Although, the celebration of Christmas isn’t the only thing that has changed over the course of history, its meaning has too. Normally, then, the holiday was all about fun and hadn’t a clear meaning for its celebration. Charles Dickens wrote A Christmas Carol, to show the importance of gratitude and good will towards others, and it just happened to be during the holiday season. Since the book became popular, the true meaning of Christmas was revealed.

The Christmas holiday finally emerged into the peaceful, loving holiday that we know and cherish today. This season tends to be a lot of people’s favorite time of year, and now that you have a little look into Christmas history, let’s start baking those cookies for Santa!