Influence of social media on the presidential election 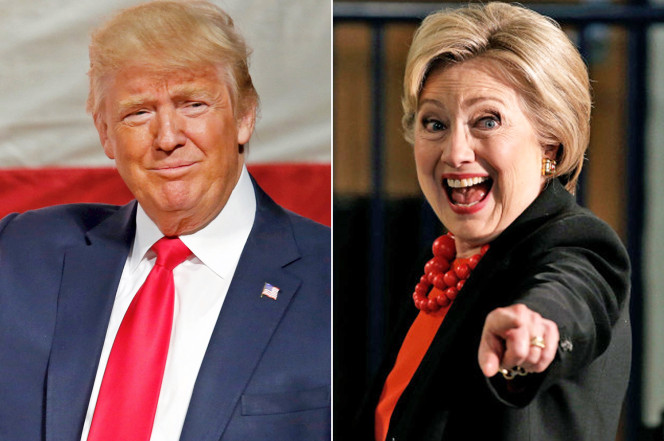 About the Writer Jersey Gregory, Journalist

For the 2016 presidential election, Donald Trump and Hillary Clinton have been neck and neck. Citizens of all ages and ethnicities have had particularly strong opinions about the pair, but how genuine are the outspoken critics?

Trump has been trending many times on Twitter, and has developed a certain image that the country has latched onto. Most kids are so amused by his blatant honesty and comical appearance that they don’t even pay attention to the political aspect of his campaign. Government Technology says that “in 12 months, the country has collectively spent more than 1,284 years reading about Donald Trump on social media.”

Supporting Trump in the running has become more of a status symbol than an expression of beliefs. Instead of openly praising him for his views on major issues and plans to make change, he is praised for his uniqueness and ability to be straight forward without fear of offending anyone.

Nazereth White, senior, says “I think social media, it’s allowed everyone to be more accessible to information, but a lot of people misuse the opportunity to spread false information. It’s caused a lot of distorted viewpoints for people.”

If you ask a random citizen why they don’t support Hillary, chances are they will respond “Because she’s a liar.” The only problem is that most of them can’t tell you the specifics on why they don’t support her. Most people know Clinton as a criminal and a fake. Although many of her stances are quite similar to the other candidates’, many are unable to look past her reputation to see it.

So what can you do to change this issue? In order to regain control of your opinions on this year’s elections, focus more on the facts and less on the gossip. Spend time reading about each candidate and find the one that advocates the most for what you believe in.

Huffington Post says that more than half of political ad spending is put towards digital media advertising. They know where people are located and the quickest way to get the message out. The country as a whole needs to form their own opinions and vote for the candidate with matching ones.