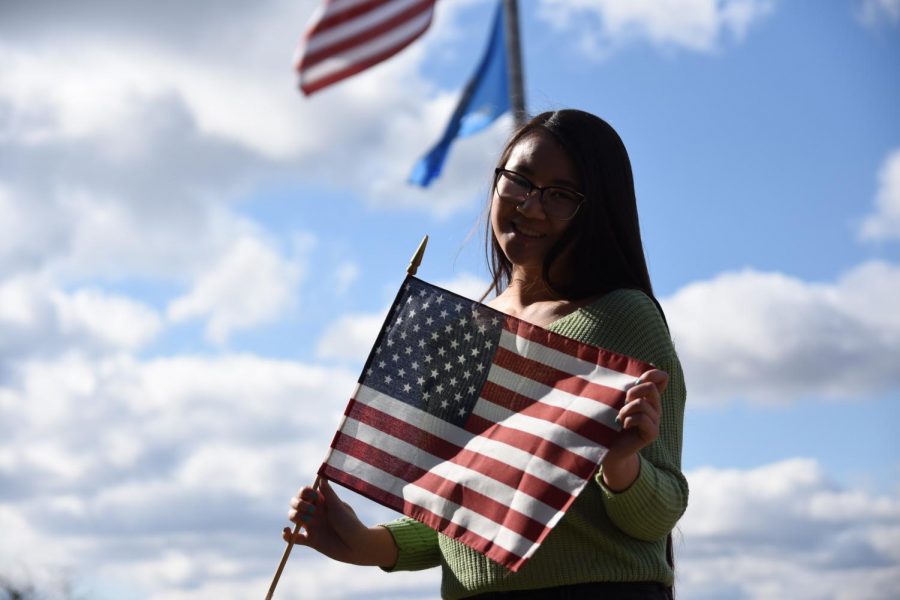 "It feels no different to be a citizen. Really I was one before I just didn't have the paper work to prove it. The process of becoming a citizen, well, it's a lot paper work and they have to process it and then you go take the oath for your citizenship. And a fun fact is like everyone that was at the swear in were all Chinese kids that had there citizenship taken away. The reason I got my citizenship taken was because over the years since I was adopted there was a time from 1996-2006 that was the grandfather period. So we were all grandfathered in. Basically when you are an international adoption, when you touch U.S soil you are automatically a citizen but they never gave paper work to prove it. I was really angry because I tried to get an Oklahoma licences transfer from New York and for some reason they wouldn't do a transfer. They said I had to retake my road test and I didn't think that was a big deal. I went to take my road test and they said I couldn't because I didn't have proof that I was a citizen and that was a huge set back on me and I felt really bad for my mom because she had to drive me around all of the time and I needed to start depended on other people all the time for rides. It sucked because I didn't want to have to take time out of someone else's day but they were nice enough to help me out." Deborah Thornton.