Advantages of Understanding Your Schemata 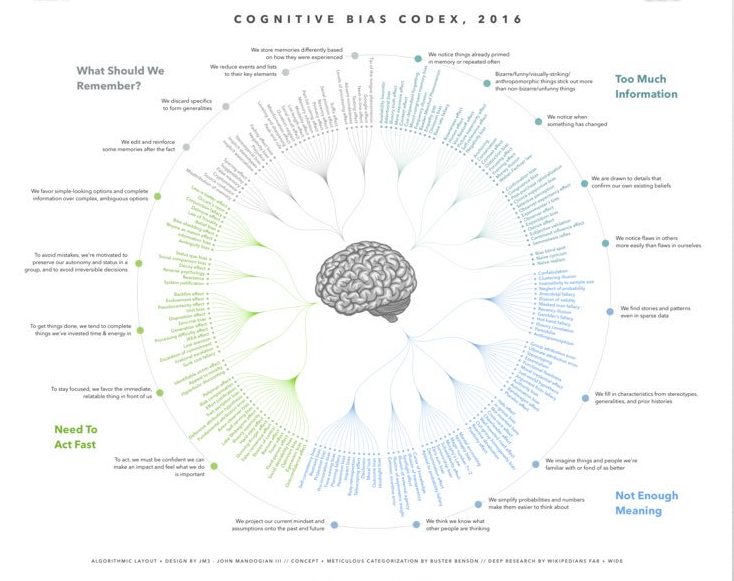 A Schema, according to Jean Piaget’s theory of Cognitive Development, is an underlying cognitive substructure which categorizes and organizes ideas, relationships and information. It can also be referred to as a mental configuration describing an understanding of society, preconceived beliefs about the world as well as the absorption of new information and the organization thereof. Schemata can be influenced by receiving new knowledge or converting attention. Schemata are what determines an individual’s political or moral beliefs, their ideas of how the world works and their perception of the world around them. A schema, or schemas, are formed and accumulated over the course of one’s life, meaning it houses countless idea’s and steadfast beliefs that are known to be true to said individual through experience and intrapersonal (internal) confirmation. Schemata can be stereotypes, social rules, personal bias, archetypes, world views or an overlying umbrella which encapsulates all of the above and more.

More often than not, individuals will pay closer attention to concepts and idea’s which fit in to their schema, reinforcing and validating it. When information arises that contradicts previous beliefs, it can cause a variety of issues. This can be anything from scientific discovery that changes the way we observe and record a field of study, to challenging someone’s political beliefs using provable counteractive statements or the uncovering of a trusted loved ones wrong doing. Often times, the individual grows angry, and resents the information. Some can refuse to accept it and regard it as untrue. They can feel as though they’ve been lied to; when in reality, the notions by which they were anchored they acquired themselves.

A schema, defined by Piaget himself can be described as “a cohesive, repeatable action sequence possessing component actions that are tightly interconnected and governed by a core meaning.” For instance, a young child may encounter a piano, and begin to identify it by the following characteristics.

Now, imagine that same child encounters a keyboard, which includes all of those same characteristics as her piano. This child, after realizing a keyboard is most definitely not a piano, must now modify the schema by which she identifies a piano. This is an example of how schemata can and inevitably change over time. In this instance, the change in a schema was merely a physical understanding. Alter the situation to be an adult with a steadfast political belief that’s recently been disputed, and you’re dealing with a different kind of issue. This schema change then becomes a personal schema change, something that would affect the individual on an intrapersonal level and must cause change in their life or rejection of the new knowledge, which can make a schema unstable or impractical.

There are many types of schemata, and Very Well Mind published an article reviewing Piaget’s theory of Cognitive Development in which they define a few categories in which schema can fit shown below:

“Person schemas are focused on specific individuals. For example, your schema for your friend might include information about her appearance, her behaviors, her personality, and her preferences.

Social schemas include general knowledge about how people behave in certain social situations.

Self-schemas are focused on your knowledge about yourself. This can include both what you know about your current self as well as ideas about your idealized or future self.

Event schemas are focused on patterns of behavior that should be followed for certain events. This acts much like a script informing you of what you should do, how you should act, and what you should say in a particular situation.”

Having knowledge about your mind and the way it uses and organizes information can be an advantage when working on self growth or understanding why you react the way you do in a variety of situations.

When attempting to keep this in mind and use this knowledge to your advantage some of the key factors to remember include:

Acknowledging your schema and how it is connected to the issue you’re trying to handle.
Searching for ways to update your schema in a way that won’t entirely conflict with previous data or throwing out incorrect data entirely.
Remember the brain is fallible and your perception can and will inevitably be flawed at some point, keep an open mind and a willingness to learn something new and change your opinion, ideals, or set of descriptive data.

Keeping these factors in mind will minimize mental strain, extrapersonal confrontation and encourage an overall mental state of being intellectually amenable. Intellectual amenability is a key factor to happiness in such a learning heavy environment like today’s society. Keeping informed will keep you happy, up to date and hard to debate, so celebrate and use your schemata knowledge to your advantage. After all, “ipsa scientia potestas est”; Knowledge itself is power.