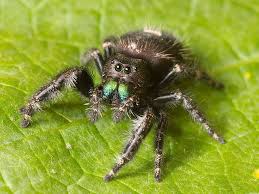 The not so fun fact that each person swallows an average of 8 spiders per year is something often shared around the internet and real life, eliciting disgusted responses from millions the world over. But it doesn’t take anything more than a quick Google search to find a Snopes.com article, among numerous others, that will let you sleep a little sounder. Indeed, the oft shared factoid about swallowing spiders in one’s sleep is a complete fabrication. According to an article by Annie Sneed, spiders are extremely unlikely to come anywhere near a sleeping human, and said human is far more likely to wake up than try to swallow the arachnid invader.

The next logical question, then, is who started the myth? The aforementioned Snopes article, and indeed many others after it, trace the lineage of the claim to a 1993 issue of PC Professional, an article called “Reading is Believing” by a journalist named Lisa Burgit Holst. The article put a spotlight on the gullibility of internet users, claiming that if one were to present something as fact, it could be readily accepted by readers, no matter how ridiculous. To prove this point, Holst fabricated a list of various “facts”, all of them false and blatantly ridiculous, claiming that if these were to be spread, they would be believed just as easily. In an ironic twist of fate, this false fact was shared, lending credence to her point, or so the story goes.

If one attempts to search for the original article, however, one may run into some issues. In the English speaking world, there exists no magazine by the name PC Professional. It is possible to come across a magazine by a very similar title, PC Pro, and wonder if the people at Snopes had simply made a mistake, confusing the name. A cursory glance, however, will reveal that this magazine did not start publishing until 1994, one year after the Lisa Holst article was printed.

Additionally, searching for Holst herself conjures up nothing more than other curious minds searching for her missing article. Perhaps then, we should search for her source as well. According to the Snopes article, she had gotten the tidbit of misinformation from a book titled Insect Fact and Folklore published by Lucy W. Clausen in 1954. This book, while informative, does not feature a section on spiders. In fact, about the only thing you will learn about spiders by reading this book is that they are not insects.

So where does that leave us? The conclusion that many have come to, is that Snopes simply made it up, to ironically demonstrate the point that the fictional Holst has made, when other publications cite the same source, without doing their research. One possible supporting piece of evidence for this is the fact that the name Lisa Burgit Holst is a perfect anagram for the phrase “This is a big troll.” For those unaware, troll is an internet slang term referring to a variety of behaviors meant to prank or poke fun at other internet users. This may sound far fetched, as many anagrams can come about accidentally, but it is not without precedent. Snopes has another, similar, but more clearly labeled trick on their website. The Repository of Lost Legends, TRoLL for short, is a collection of false articles, written to demonstrate the “False Authority Syndrome”, as Snopes themselves call it. Every article under this category is mere creative writing, nothing more, and Snopes clearly tells you as such in this article.

“It’s just as much a mistake to look to a usually-reliable source to do all of the thinking, judging, and weighing as it was to unquestioningly believe every unsigned e-mail that came along” warns author David Mikkelson.

Unfortunately, because Snopes has not provided any further commentary on the matter at the time of publication, we may never know for certain.