Social Media and empathy: how has it changed us? 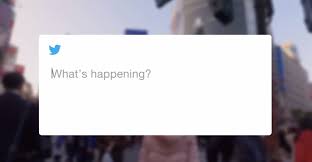 For the past few decades, we have lived in the age the past could only dream of. Our technology has advanced rapidly through the years from telephones, to computers, to laptops and to smartphones. We created the internet, home to the management and enjoyment of all ideas, businesses and websites used to inform and entertain billions. In the grand scheme of human history, we’ve only been alive for so little time and technology is our most new creation and there’s still much more to discover of what we can do with it. The internet has been a force of energy that has brought joy, information and education right to our fingertips every day at any time of the day. Unfortunately in its burst of fire and excitement, no one could have been prepared for the negative effects of continuous use of the internet, social media in particular, on our cognition, empathy and mental health.

Being empathetic towards others is something that people already have a hard time with, but when we combine global tragedies with social media, users are seen to initiate in meme culture and post witty captions about what has happened. Whether this is done to cope with the grief and anxiety of what is going to happen next or to go viral and get likes on TikTok and Twitter, is still a new concept social media experts and researchers wonder about. The question of whether social media has changed the way we express our feelings and thoughts and if it still has the same meaning as when we say our apologies in real life.

Due to recent events of the Trump Administration orchestrating the assassination of Iranian commander Qassem Soleimani on January 3rd, social media platforms had been swarming with memes and Gifs. As if everybody was ready to hear the news break out, millions of people posted their own memes and jokes about how World War III would soon arrive. There were TikTok’s with million+ likes and even more views, tweets that went viral saying how their response would be if they get drafted, and countless more ideas on how we’re furthering our extinction.

There is no denying that there are a lot of us who do try to cope with the fear of how our world turns out, with memes. It is our generation’s most new and creative form of communication, we’re growing in our interpretation of how to understand others online despite not being face to face with them. Our videos, Gifs and memes sometimes hold more emotion than meeting with someone and discussing what’s bothering you because is hard to tell your parents or other older adult who likes to boast that they grew up eating nails for breakfast- because that’s just how tough they are- that you’re worried for the preservation of the Earth, oppression of people, the extinction of animals and the political figureheads of the world ruining the planet before we get time to enjoy it.

There is that other side of the internet that doesn’t exactly feel this worry, whether it’s because they somehow believe they don’t live on the same Earth that is dying before their eyes or because they happen to live in some of the few countries that don’t have warzones happening in their backyard. These people hop on and often dominate the trend, twisting the feeling of sorrow we feel for those who are on the other end of the world’s wrath, with insensitive remarks- expecting a laugh from their audience. The need to participate is felt strongly when we see our favorite users making light of what has happened, hastily defending it: ‘it’s just a joke’. This tactic is not the first time this has been seen, there are plenty more remarks to be found all over the internet and though most won’t admit it, it becomes viral because more people find humor in it then don’t. Surely it’s impossible that many people do not realize some things are just too insensitive, are we not all the same breathing humans that feel empathy for those who are dealing with difficult things in their life? Don’t answer that, of course, there will always be those who actually want to bring people down, but I think some of us get caught up in what other people are doing because its trendy. So now you can answer this, to what extent is social media changing the way we feel empathy online?

The same thing happens online as when it happens in our daily life when we see good acts being done, we tend to be more empathetic and when we see more negative posts on social media, we are affected by those remarks. There have been studies shown that we increase, or maintain, our empathetic skills when we do simple things online such as checking on someone, posting videos and pictures, and positive conversations. It’s not the technology itself that can impact us negatively or positively, it’s more so what we choose to do with it. 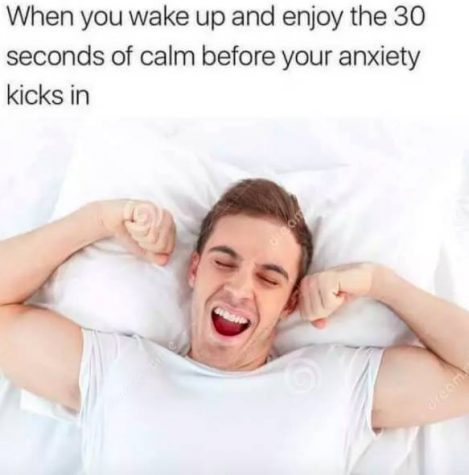 There is that positive note, we must acknowledge when we talk about memes- it is a great way to start the conversation of other important issues like mental health. Again, many like to join in on the trend and may not actually have any or of the same degree of mental health issues others express. Memes only serve as a way to open that conversation but as a coping mechanism, the theory revolves around being able to share your experiences and hoping the out of context image or video will make sense and possibly make someone else feel like they’re understood. 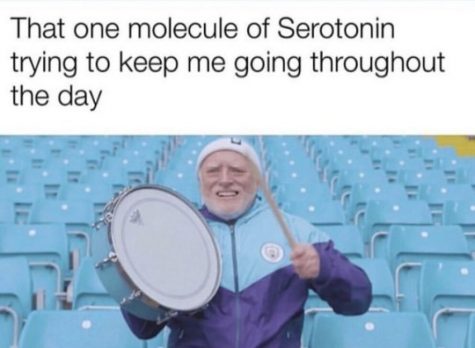 The Center for Collegiate Mental Health at Penn State University has recorded data from other counseling centers at universities and have reported up to a 40% increase of student seeking counseling from Fall 2009 to Spring 2015– many speculate this is due to the popularity of depression and anxiety memes found all over social media. Tanisha Ranger, a psychologist in Henderson, Nevada believes that in some instances, these memes can be therapeutic in the sense that people are beginning to acknowledge what they are doing that is damaging and that being able to laugh about it, shows that they know they need help and are open to accepting it.

Memes have aided in opening the door to helping those who may not have realized they needed it, but having seen those anxiety memes on their timeline, they see that this seems to be a feeling that they’re not alone in.