Man Flies A JetPack Over LAX

A man was spotted flying around the traffic pattern at LAX International Airport. 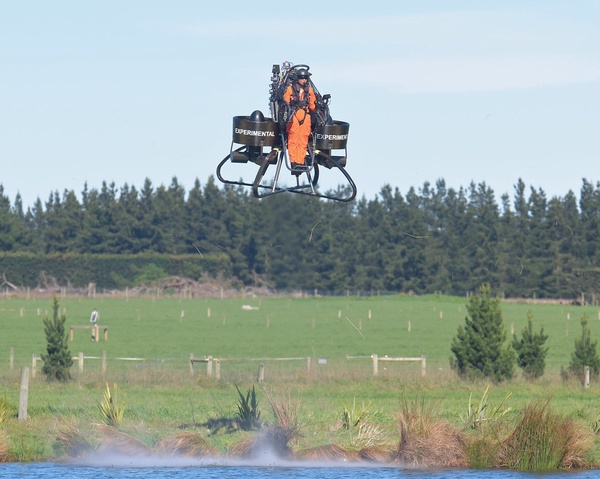 On what they thought would be an average day, two airline pilots were surprised when they noticed a man flying a jetpack alongside the plane.

At about 6:35 p.m. PDT, August 30th, the pilot of American Airlines flight 1997 made a strange radio call to LAX ATC, stating that he “…just passed a guy in a jetpack.” Around the same time, the pilot of a Southwest Airlines flight radioed in also claiming to have seen the unusual aviator. The tower alerted an oncoming JetBlue flight about the man, but that plane never claimed to see it.

The Federal Aviation Administration confirmed the sightings and handed the case to local law enforcement, but the FBI would soon get involved. After days of finding no leads, the FBI soon requested the help of the public, most notably over Twitter. A map was posted to the account pinpointing a more accurate location of the sighting. Two Twitter users responded to the tweet with videos shot by them including what appeared to be a man flying above the LA area in a jetpack. These leads have not yet been confirmed or pursued.

The California-based company JetPack Aviation confirmed over Twitter that neither they nor their jetpacks were not involved in the incident. Leigh Coates, the first female jetpack pilot, confirmed that it was not her and added some of her own input into the mix.

Coates argued that it may not have been a jetpack, but possibly a mannequin attached to a large drone. She stated that “Jetpacks are… loud so people near LAX would have heard it and taken pictures or videos.” Some people disagree with Coates and believe it was actually a man on a jetpack, such as USC Aviation Safety Program Instructor Steve Cowell. Cowell stated that he believes the pilots saw a jetpack because of the specificity of their claim.

A federal aviation official reported to NBC4 that jetpacks have a very limited amount of fuel, are very expensive, and require experienced pilots to fly them. Local authorities claimed that, on the day of the sighting, no reports of a man flying a jetpack were called in. The only alleged sightings of the jetpack man were reported two weeks after the incident, but the sightings were a week prior.