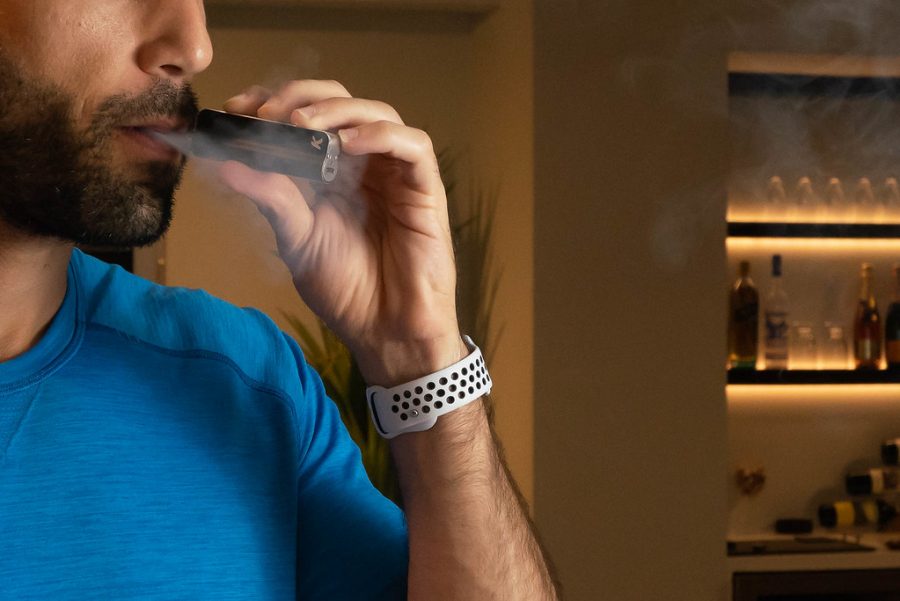 About the Writer Delaney Beak, Editor

2000 people have lung diseases linked to vaping. 47 people have died from these diseases.

Vaping has become a widespread epidemic. Many teenagers and young adults do it as a safer alternative to smoking since it does not contain tobacco which has cancer-causing chemicals in it. Until recently, the harmful effects weren’t known.

Vapes are rechargeable, tobacco-free e-cigarettes. They were originally advertised as an alternative to smokers to help quit. Because they do not have tobacco in them, vapes were deemed “safer” and “less addictive.” Though recent studies have shown that vapes do contain other cancer-causing chemicals, just not tobacco.

In the last couple of months, the side effects of vaping have surfaced, catching the eye of national media. There are over 2000 people diagnosed since March who have diseases that are all linked to vaping, the most common: popcorn lung.

Bronchiolitis Obliteran, more commonly known as popcorn lung, is a condition in your lungs that causes irritation to the airways, making them inflamed. This leads to scarring, which makes the airways smaller. The symptoms are shortness in breath, wheezing, dry coughing, and/or exhaustion.

Many of the long term side effects of vaping are unknown since they have not been out for very long. Though many are beginning to surface. It increases chances for heart attacks, strokes, cancer, as well as potentially stunting the brain’s growth before the age of 25.  Many are needing lung transplants.

So is vaping actually safer?

Vaping may be a widespread epidemic, but it greatly impacts Ada High School. A survey was sent out English classes earlier this year to see how much it has been impacted. Over half of the students who took the survey admitted to vaping, 53% to be exact.

David Lewis is a senior at Ada High School who doesn’t vape because of the harmful side effects.

“I don’t vape because I like my lungs,” Lewis said.