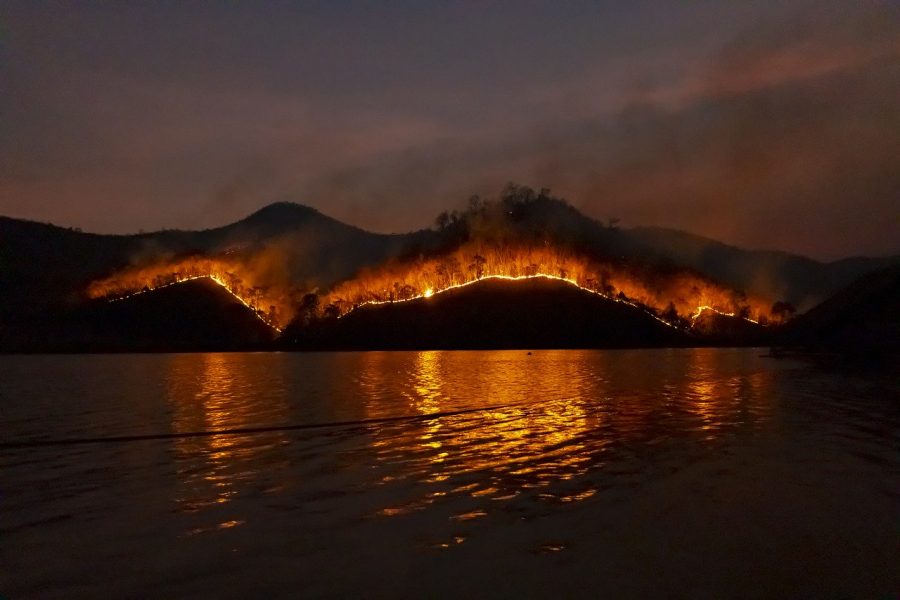 Millions of acres in Australia are being consumed by hundreds of wildfires.

About the Writer Delaney Beak and Cheyene Howell

15.6 million acres of land are burning in Australia and at least 25 people and an estimated 1 billion animals have died.

In June of 2019, a brush fire began near Toowoomba, Queensland, Australia. Brush fires are not uncommon in Australia, especially during the dry season. But these fires spread rapidly, leaving many scientists placing the blame on climate change. This year Australia had one of their hottest and driest seasons on record.

Because of these fires, many native Australian animals are now growing closer to endangerment, some even extinction. Animals like the Kangaroo Island Dunnart and Kangaroo Island Glossy Black Cockatoo are growing dangerously close to extinction, and 25,000 koalas have died.

Animals are not the only victims of these fires. So far 2000 homes have been consumed by the fire. The government has declared a state of emergency in New South Wales, where the fires are the worst. There are a total of 136 fires in New South Wales alone.

Sonia Butenko lives near Adelaide in Southern Australia, which is 37 miles (60 kilometers) from a controlled fire. Even though her family is a good distance away from this fire, they are still being affected greatly. Some of the changes Butenko has noticed are smoke filling the sky, the moon changing color and the dirt turning black instead its usual brown color. The fires have also begun affecting the health of Butenko’s family members.

“My mum woke up at about 2-3 in the morning because she’s asthmatic and couldn’t breathe.” Butenko said. “She went outside to check [and see if the fires were closer] and saw what looked like the sun rising.  It was a lot of bright red in the distance, but [she] quickly realized what time it was so it clearly not the sun.”

Butenko does not really know what her family’s plan is. She has somewhat of an idea of what they would bring, but no idea where they would go. It worries her because schools have not prepared anyone on what to do if the fires do come.

“Unfortunately we have no plans. If a fire strikes, I’ll definitely have no idea what to do, but my parents would, I think, and hope, but I’m not so sure.” Butenko said ” I think we should be more educated on this since 25 or even more people have passed away from this fire. The reality is even our school doesn’t even educate us on what to do if a fire attacks our homes. My family and I were discussing what we would take if a fire were to happen and we said things like our dog, phones, laptops all that but honestly I don’t know what I would do in the situation and that worries me.”