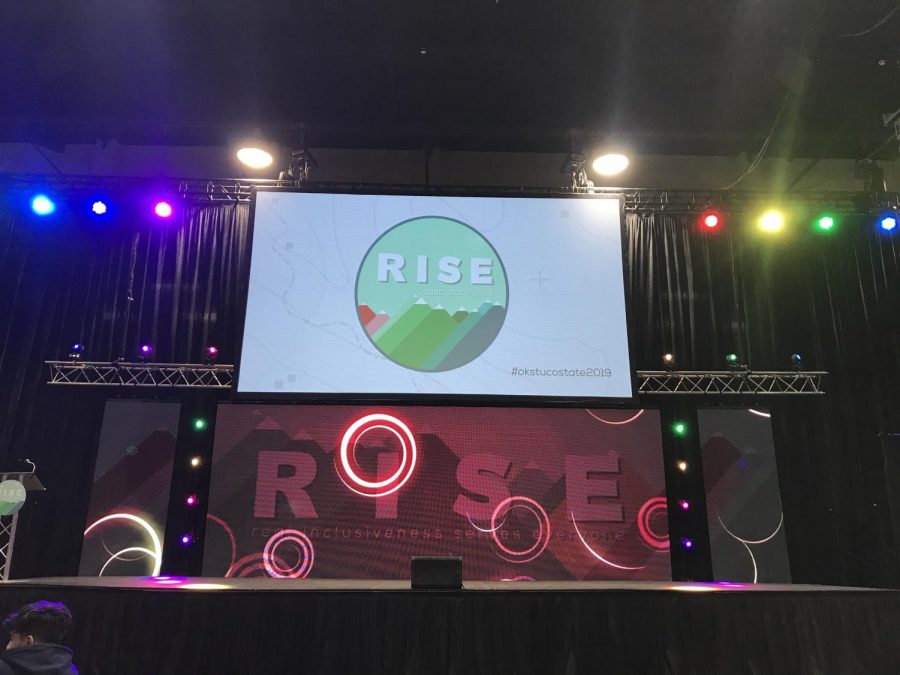 For the 79th annual state convention for the Oklahoma Association of Student Council (OASC), Ada High School brought 1,600 kids into their school. Student council adviser and board member, Shawn Freeman put in the request 2017 because she had faith in her school and her students.

The convention lasted from November 2nd through the 4th. The theme this year was “Rise, Real Inclusiveness Serves Everyone” with an expedition theme. Each wing of the school had different themes: jungle, mountain, desert, space, and ocean. There were 159 schools across the state that came to participate with their student council.

The first day consisted of all the schools arriving, and each one was greeted with a spirit tunnel. This included getting everyone checked in, their lanyards, food bracelets and many other things. A tradition is for the state secretary, vice president, and president to get a gavel with each school’s ribbon on it and is presented to them at the ending ceremony. This day just consisted of fun games, registration, and the opening ceremony. The opening ceremony had the State representatives. President: Tobias Johnson from Piedmont, Vice President: Corbin Walls from Miami, and Secretary: Winston Brown from Ada.

The second day was when the fun started. The kids were greeted with a spirit tunnel again. There were many breakout groups with multiple speakers and another general session. We also had a game night. There were games set up across campus including frisbee, dodgeball, cornhole and many more games. While the other schools played the games, Ada Guides and volunteers helped set up for the silent dance. The silent dance was something that had never been done before and it was one of the best additions to the state convention. Each student got a headset with three stations; Rap, Country, and Oldies. There was a light corresponding with each station. This was the final event of the night and it really made our convention stand out from the others.

On Monday, they announced the new President, Vice President, and Secretary of Student Council State and the others stepped down. Then, each school went back to their hometowns. Ada Guides and voulenteers cleaned up the school and campus then were dismissed to go.

Ada schools really stepped up and made 2019 OASC State a memorable one.