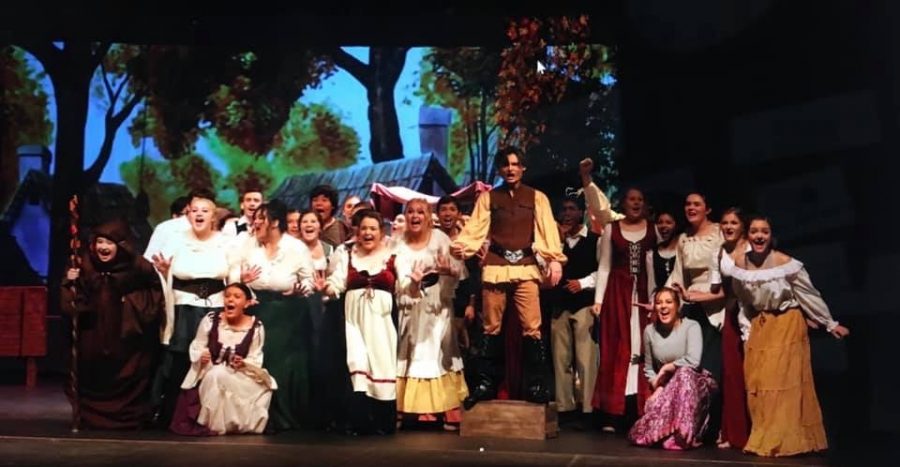 The cast of Cinderella performs a dress rehearsal. The sneak peak photo was released via the group's social media accounts.

About the Writer Delaney Beak, Editor 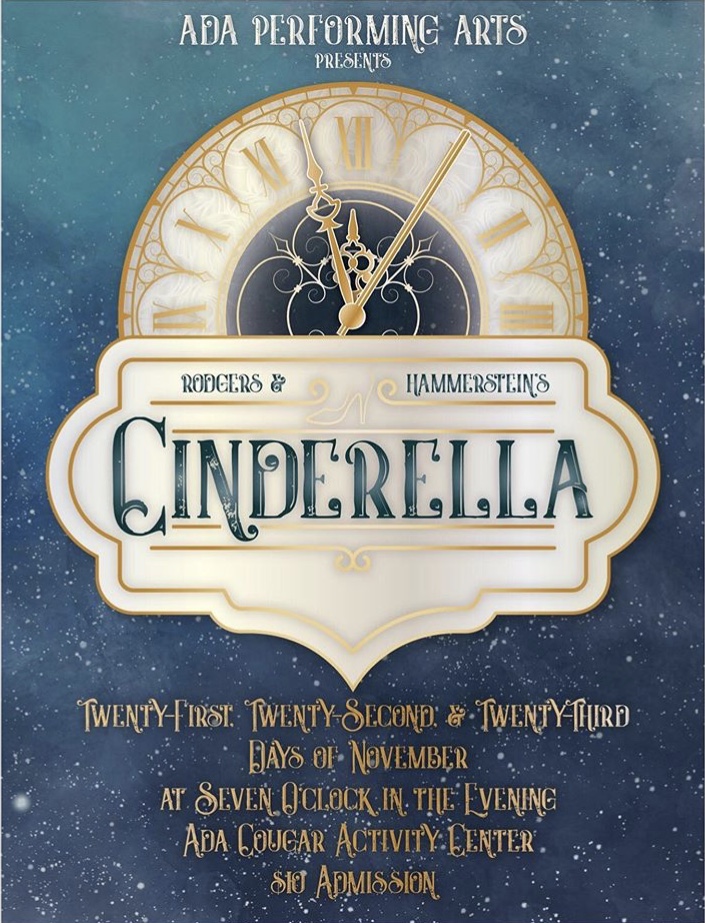 This week, Ada High School Performing Arts presents the classic Rogers and Hammerstein story, Cinderella. Cinderella is a classic story that joins magic and humor to create a heart-warming tale with a moral lesson.

Directors Merrie Palmer and Micah Gordon choose the play based on the cast of characters, whether or not the cast has more singers or dancers, who the primary audience is and what the gender ratio is. Palmer and Gordon believed that Cinderella would be the best fit.

Sophomore Lizzie Jones, in her first starring role, will play the beloved character, Cinderella. It’s not often that a sophomore gets the lead part. Even though Jones knew it would be hard to get the role, she decided to audition anyways.  Jones is very excited and has worked very hard on her part. 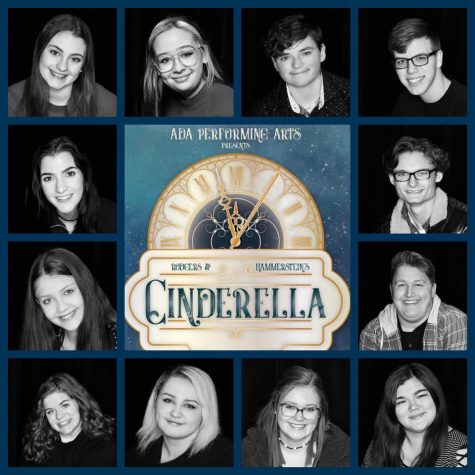 “To prepare for Cinderella, I practiced, did some more practicing, and practiced a little more!” said Jones, “I also talked to some people I looked up to and they gave me some tips to make my character the best it can be!”

Palmer is excited for the play to be performed to show off her students hard work.

“However, no one puts in more work than our performing arts students.” said Palmer “It is their talent that keeps bringing our audience back to the ACAC year after year. We cannot wait to show the community what they have been working on this semester!”

Cinderella begins November 21 and runs through November 23. The show begins at 7pm at the Ada Cougar Activity Center.