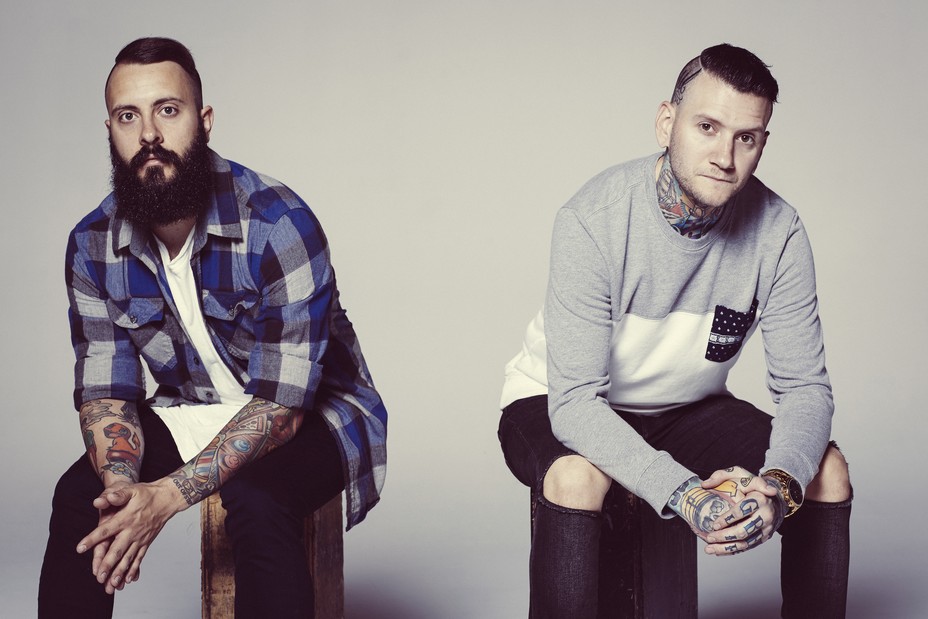 The acoustic rock duo This Wild Life is comprised of Kevin Jordan and Anthony Del Grosso. 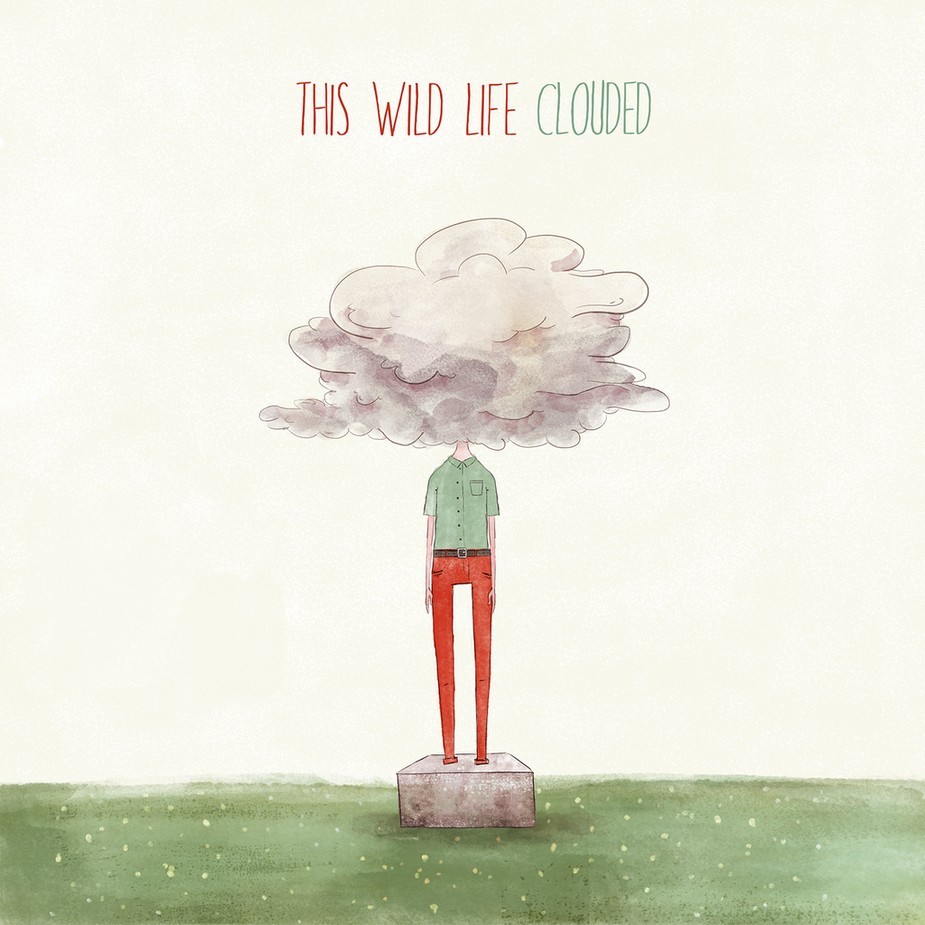 Album cover for Clouded by This Wild Life

Modern music has become a cornucopia of different genres coming together to form something aesthetically pleasing to everyone. “Clouded” by This Wild Life, is an album that offers a laid back, nonchalant mood and emotional lyrics to boot. Pop song structures make it a very friendly album for any new listener. To understand the album, we must look back to the history before the album in order to see the what went into the mixing pot of this folk- rock,  acoustic rock, emo, alternative album.

The 80’s spurned a new branch of hardcore music that evolved to into what is now known as “emo.” As the popularity of emo faded in the 2010s, the feel and raw emotions are still felt in modern acts. Clouded is a beautiful album full of highs and lows, musically and emotionally. The acoustic songwriting is the perfect medium to deliver the lyrics as both feel so raw and real.

As the debut for This Wild Life, it’s a strong first step after the departure of the rest of the band members. This Wild Life, from Long Beach, California, is a prime example of a contemporary emo influenced band. As an acoustic duo, vocalist and guitarist Kevin Jordan and guitarist Anthony Del Grosso have incorporated their love for the genre while adding some modern pop tendencies and wrapping it up into a radio-friendly, folk-inspired ring of the acoustic guitar, mixed with percussion and some electric instrumentation.

“Clouded Atmosphere Edition” was released on May 23, 2014 through Epitaph Records. The Atmosphere release added three new tracks not included in the original album’s release along with new live versions of some of the songs.

Concrete discusses a couple turned sour by a woman who hasn’t held her end together in the relationship. Broken promises by the woman and trust shattered for the singer is expressed as he delivers the lyrics. The song is about the idea that love itself can hold things together, but after so much, the strain becomes too much on the relationship.

Over It acts as the aftermath to Concrete as it shows the pain that ending a relationship causes. Over It is the reminder that it will hurt and you will still have feelings for that person. The best idea is to just get over that person sometimes.

No More Bad Days is about resilience. The song is about overcoming hardship with someone who loves you and not being alone through whatever trouble you are facing.

History is a very similar story to Concrete as it tackles another fruitless relationship. The difference in narrative between the two songs is that it’s not about broken promises and broken trust; History is about the female partner just becoming uncaring and the male becoming unloved and debating on whether or not to leave. The male weighs the pros and cons of leaving and whether to give up on the relationship.

Tracks 5 & 6: Roots and Branches and Bound to Break

Roots and Branches is an internal thought about self deprecation, being left alone, and wanting to change oneself. The song shows the perspective of the singer being the issue in the relationship and the catalyst of the problems.

Bound to Break is the continuation of the internal conflict from Roots and Branches. The chorus lists the bad traits of the singer and the bridge states that if things don’t change, he is bound to break.

Tracks 7 & 8: Better With You and Looking Back

Better With You is a song of yearning for someone who has left. It is a possibility that it is a follow up to tracks 5 and 6, showing the aftermath of what had happened between the singer and the girl.

Looking Back concludes the story of the last three tracks. The singer tells how life gets more and more complicated. He eventually overcame it through focus and hard work in order to get his life back on track, putting his eyes and mind forward. The song is a self reflection and is a situation everyone can relate to.

Don’t Say covers another bad relationship between the singer and a woman. Don’t Say is different from the last few tracks as it’s not lashing out on the person or a plea for them to come back. The chorus has a repetition of the phrase “get away, get away….just give me some space.” The singer is sullen about the end of the relationship but is choosing to be alone for once.

Clear thoughts and calming vibes, mixed with an acknowledgement to a trusted individual, are the lyrical content of 405. Sometimes, a nice drive to clear your head and meditate is a remedy for a weary soul.

Sleepwalking was originally released by metal-core act Bring Me The Horizon off of their album Sempiternal. This Wild Life ditches the distorted guitars, powerful drums, and screaming for a classic acoustic treatment in the bands style.

The title gives a lot of insight to the meaning of the song. There are strange phenomena and hallucinations that come from the situation. The bridge mentions a friend of sorts who picks the singer back up and brings them back.

Stay Up Late is the age old story of boy pining after girl. The title alludes to wanting to talk on the phone at night. Unfortunately, the efforts are fruitless for the boy, realizing the girl doesn’t love him back.

It’s Alright covers the emotional outlook of being the “second choice” for a girl. The singer still has the girl on his mind, but is morose from being the one she didn’t choose.

Alone With Me is a reminder for a girl to love herself. The song is rather vague in what situation the two are going through but there is care for the girl being put into the lyrics.

The final two songs are re-releases of Concrete and Roots and Branches recorded with a live, studio band.

Clouded is an amazing album that will leave listeners in awe. The lyrics are relatable and emotionally fulfilling, music to one’s ears, if you will. 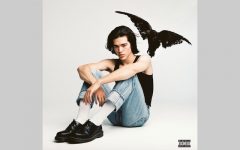 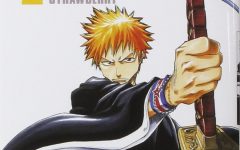 Bleach, one of the big three shonen and it hit the mark for me 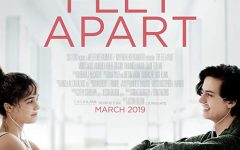 Two Dudes, Chilling in a Hospital, 5 Feet Apart ‘Cause They Have Cystic Fibrosis: A Review 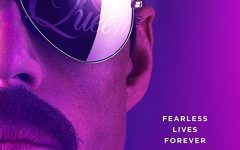 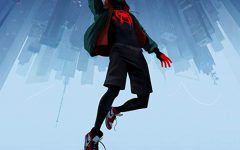 Spider-Man Into The Spider-Verse is Marvel’s latest success