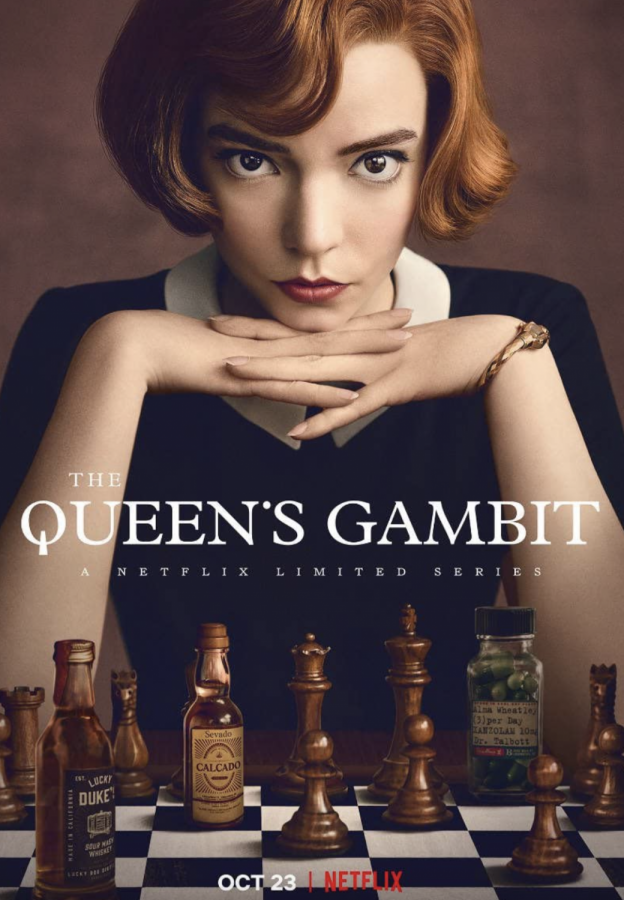 At first glance, you would have never thought that a chess miniseries would reach charts higher than most. “The Queen’s Gambit” is a coming-of-age story that is not only about the play of chess but the entirety of hardships, friendships and addiction. So there was no surprise (to me) that this Netflix original would become such a global sensation that struck the emotions of so many individuals.

Beth Harmon (Anya Taylor-Joy) played an outstanding role when it came to most things. She herself dealt with so much and still seemed to make it through to the end and win the world championship. Dealing with her adopted mother’s death (Marielle Heller) and the constant fear of not being good enough took a very large toll on the way she perceived the things around her, which definitely brought a more realistic feel to it. It had a good grasp on what humans really do go through, which I personally fell in love with.

When first entering the home for girls she had no idea how it would go, considering she was still in shock that her mother recklessly took her life away. The way younger Beth didn’t have any expression on her face gave it a sense of having no more emotion left inside of her, so that’s all she could do. It’s just a great way to show that she was raised differently than the other children that were put into the home.

Beth never thought that it was weird to go play chess in a basement, but of course the other people/adults did. I didn’t think it was too odd because the person she played chess with was her biggest role-model and a person she really had a connection with, he (William Shaibel) was a true friend to her.

Towards the end of the show, Beth truly showed the signs of struggling with her addiction. The alcohol, the tranquilizers, the obsession with being good hit her in a way that said that she did not care one bit anymore. She had been taking the pills for almost her whole life, and she had gotten so used to them that they basically became a part of who she was. These things are what make a true character in any movie/show and really shed a light on the real problems people have and go through.

This was not just “miniseries” but was more like art. More productions should really take a bit of inspiration from it. I’ve never seen anything like it. You think it will be a whole show about chess but end up feeling for these characters and seeing the true meaning behind it in the end. It’s not only about a game, it’s about friendships, hardships, addiction and maybe a bit of chess.